Revolutionising the way that structural issues are logged in a mining environment by automating the process using smart technology.

eSIMMs makes inspecting mines simple by making the process digital and providing a visual breakdown of the condition of each structure on a site.

Ask anyone that’s worked in a mining environment or found themselves on site for a day, health and safety is heavily regulated and is a Big Deal. One aspect of safety is ensuring that all buildings on the mine (above and below ground) are structurally sound and regularly maintained. SIMM is short for Structural Inspection and Maintenance Management, a methodology developed by Dr Geoff Krige of the Anglo Technical Division (ADT) which is used throughout Anglo American and has been adopted as the industry standard. 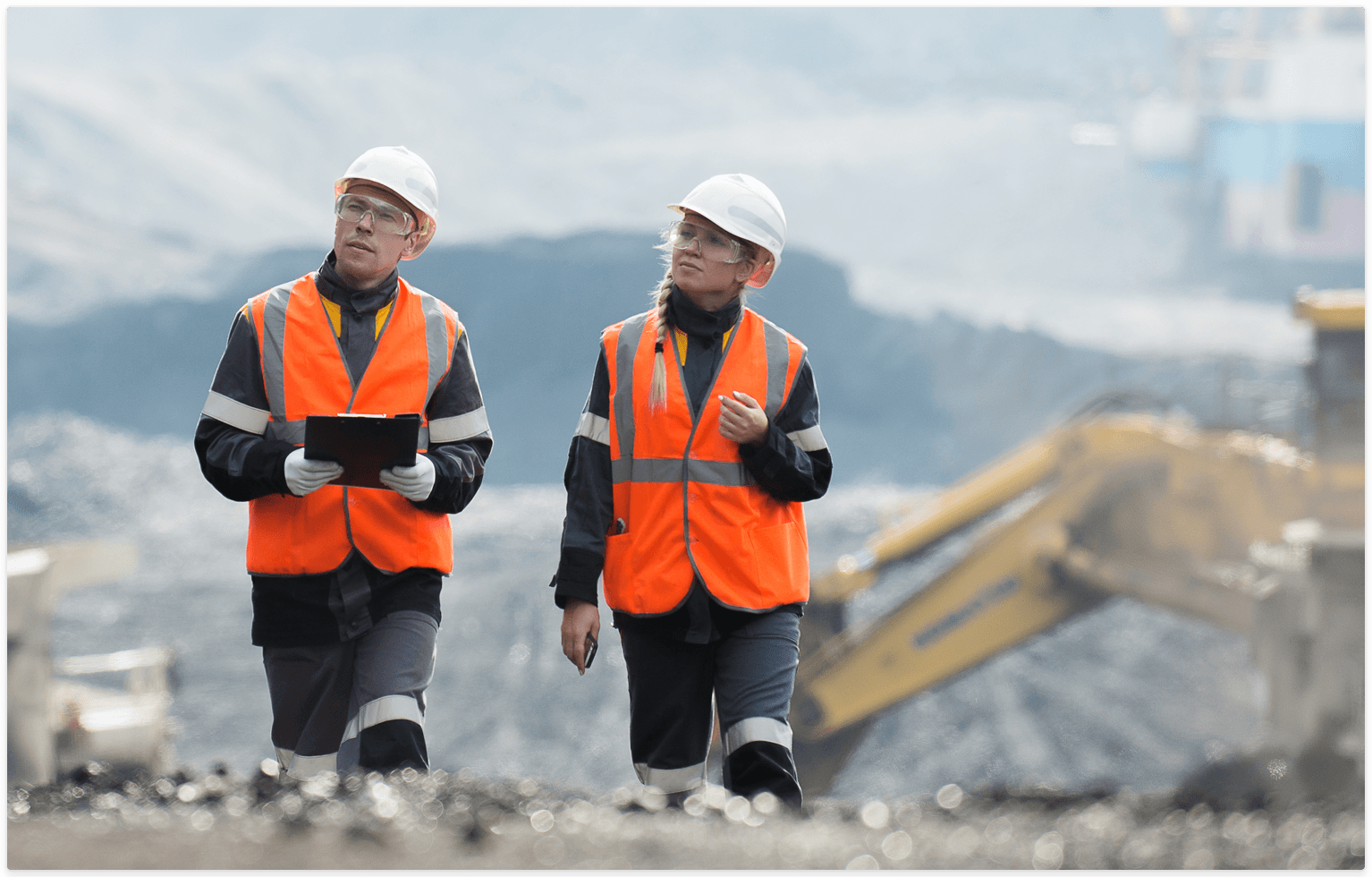 "The SIMM programme is a comprehensive system for ensuring the care and maintenance of building structures to prevent degradation and potential collapse."

SIMM inspections take place several times a year, sometimes resulting in shutdowns which are costly for the mine. It also results in reams of Excel spreadsheets as inspectors correlate the data. Platform45, who had insights into this particular challenge facing all mining operations, envisaged a way to simplify the process with technology.

The idea was to capture the information against SIMM standards: all components of each structure on the mine are allocated a SIMM rating, which indicates the strength of that individual component, with the rating being assigned a colour. This, in turn, makes it easy to visualise the condition of the structure.

With the assistance of one of our teammates, who was an engineer and understood the challenges faced by the mines in correlating the data from their SIMM inspections, Platform45 partnered with Anglo American and demonstrated the product in the field. Anglo American came on board, supplying Platform45 with a list of new requirements, which we executed on time and in scope, earning their trust.

The first iteration of eSIMMs – dubbed B1 – existed in a very linear form, managing all above-ground structures. This was a quick win and structural inspectors immediately were able to generate reports in the digital format that contained the data they required. 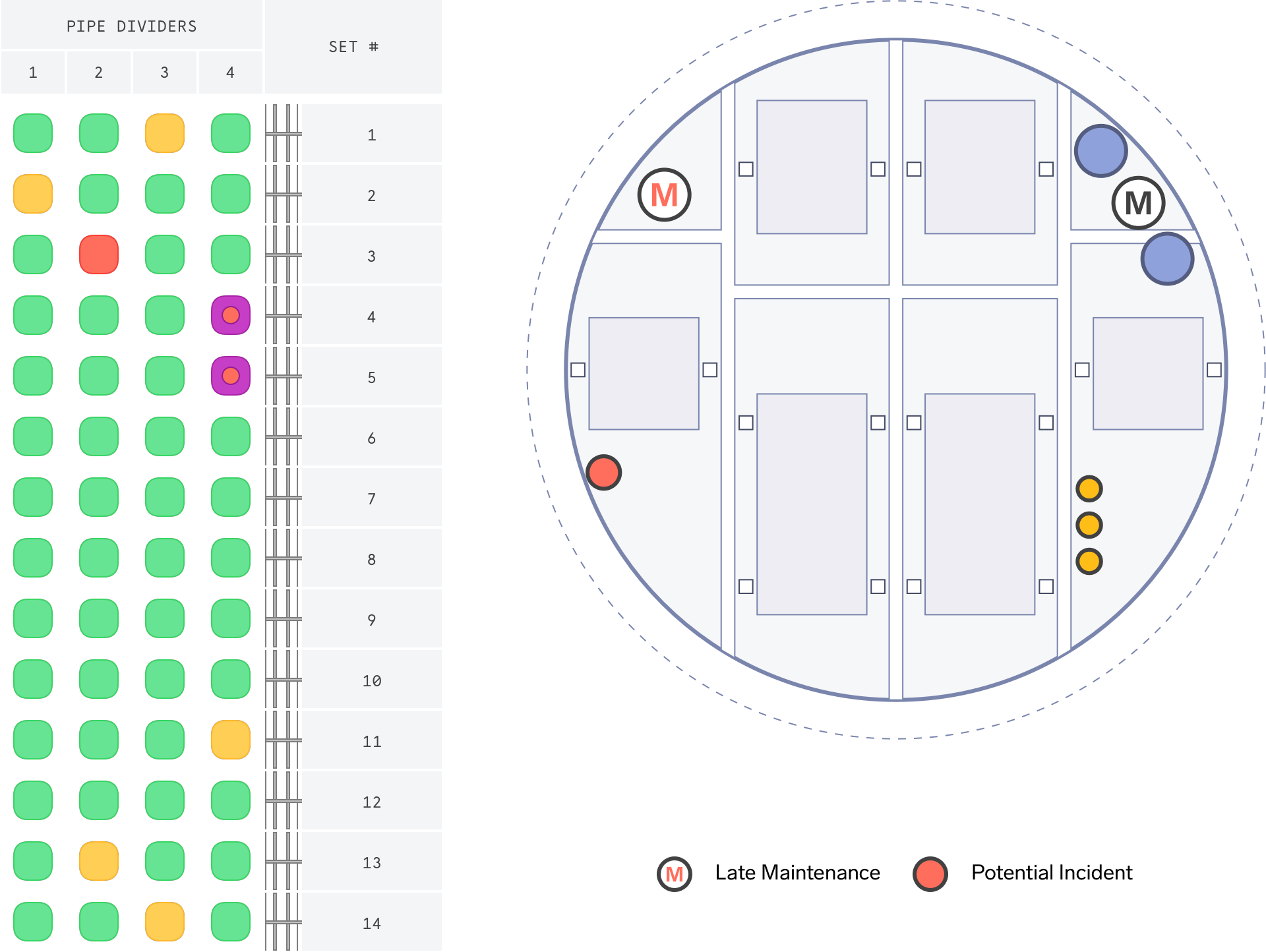 B2 tackled the challenges of a vertical shaft, the challenge being: how do you represent data that’s vertical in a format on a computer? B2 showed a visual representation of a mineshaft, both from a cross-section perspective and a vertical perspective. This meant that management had instant access to reports on the condition of each shaft. The system also makes it possible to create a maintenance schedule for each component of the structures. Finally, and most recently, B3 was developed to encompass more than just structures above and below ground i.e. machinery and assets that sit inside those structures.

The building of eSIMMs hasn’t always been without its obstacles, which included lack of GPS signal at the more remote mines, and browser compatibility, with some mines using older browsers. Finally, with security tight: Platform45 had to submit requests to whitelist our IPs and servers.

"We’ve been developing, refining and expanding eSIMMs features and functions for almost a decade. Almost every developer at Platform45 has contributed code to the project over the years."

Users of eSIMMs can monitor the condition of all structures and assets on the mine via a dashboard, which also shows which issues have been resolved and when maintenance needs to be carried out. Inspectors can spot trends (i.e. a spike in issues logged) at a glance.

eSIMMs currently has 176 end-users, a number that is increasing as new mines are added. The end-users, each with permission levels varying in degree of authority, include structural engineers, structural inspectors, inspectors-in-training as well as users who have view-only access. Each mine has a dedicated super-user, who can add new users and upload structures and assets, as well as new data.

Platform45 also scripted screencasts, that serve as training videos for eSIMMs end-users. The videos demonstrate how each feature and function of the application is used. Flows show how to set up a new mine, how to add new users, how to update their permissions, how to add an asset, and how to export data to Excel, among other uses.

Currently, eSIMMs is being used by mining houses owned by Anglo American, as well Sibanye-Stillwater’s gold and platinum mines and several mines in South America.

There is an eSIMMs mobile app on the horizon; inspectors can take a mobile device with them in the mine. This also means that entering data is a one-time process, rather than data having to be collected on site and them inputted in eSIMMs at their desks. Structural inspectors would also be able to use the mobile device to take pictures and annotate the images with important information.

Naturally, a data-rich application like eSIMMs, leveraged by machine learning and AI, has the potential to become a more proactive tool, predicting when structures are likely to need maintenance and preventing injuries or accidents before they can happen.

The first competitor to the JSE in South Africa since 1958, marking the disruption of a more than 50-year long monopoly. 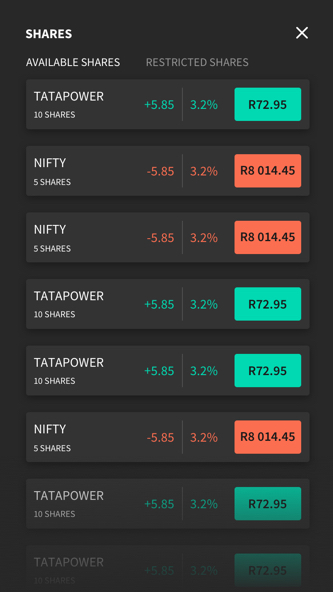 Got an idea you want to bounce off us?